The Missing Beard of Hollywood

editor August 4, 2015 sponsors Comments Off on The Missing Beard of Hollywood  1,955 Views 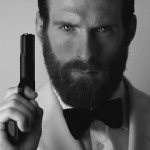 The missing beard of Hollywood

Are you digging the new trend for men? Are you a beard lover? Than keep on reading because we have the sexiest rugged good look emerging talent for you… 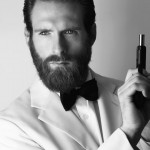 A rising actor, former rugby player, an accomplished athlete, model and TV presenter, Craig McGinlay is certainly a Scot whose ascend to stardom you should watch out for.

Craig has done lead roles in 6 short films, numerous adverts including the Irn-Bru Glasgow 2014 and the Haig Club Whiskey ad, which was directed by Guy Ritchie and also featured David Beckham.

Maintaining an admirable fitness level and a tremendously good physique by grueling physical workouts training is part of his proclivity, as well as being a fashion conscious actor to be spotted at London Fashion Week and London Collections Men.

For exclusive insights of Craig watch the full interview at: http://www.attractionmagazine.co.uk 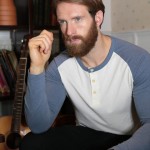 How was your experience working with Guy Ritchie?

Amazing, I have been casted by Guy Richie for the Haig Club Whiskey advert last year and after working with him and Beckham for 6 days I can only admire his work, Ritchie is extremely professional and an incredible knowledgeable director. I just had the pleasure to work with him again in his latest movie.

What’s your favorite brand what you like to wear?

Belstaff, I love the well-designed jackets and the variety of colors they offer.

Also the London socks Company I love their brand, I have previously model for them and their socks are a must in men accessories, they complement the look in every suit I wear.

What do you use for your skin

A good moisturize, when you are on set all day you need to look after your skin to maintain it healthy and ready for any make up, if necessary.

I am a massive classic car admirer but on the new range of cars Land Rover is my favorite, I love how it drives and the grip the car maintains in all terrains its just amazing.

Craig has worked with the likes of George Johnston (who trained Daniel Craig for Bond and Matt Damon for the Bourne films) as well as fight director Seoras Wallace and also Eunice Huthart and Mike Lambert.

Everyone who has worked with Craig has only praises for his outstanding professionalism, superb delivery, dedication and drive. He has 3 feature films Snapshot (where he plays the lead role), Blood Loss and The Fairy Flag all out in 2015. Craig also teamed up with Guy Ritchie once again in King Arthur Knights of the Round Table coming out in July 2016.

Craig is indeed a talented person, but what can he add to the Hollywood stardom?

Yes, you get it right, the well kept beard: a new concept of masculinity and beauty, a bit of revolution in all this so well shaved faces on the screen, it’s refreshing to see an actor who is not afraid to show facial hair on the screen as well as off the screen, than add a touch of reddish brown hair and a manly Scottish accent, now that you have all the ingredients of a new face for success shake them, not stir them…

So I can’t help but wonder: Could Craig be the seventh actor to play James Bond? Could the iconic spy wear a beard? I know…I know… well groomed men are flashing in your memory, from Sean Connery to Pierce Brosnan to the latest Daniel Craig, who add a new masculine character.

However I can’t keep on thinking why not redefine the clean Bond stereotype and from a “dull, uninteresting man to whom things happened” as Ian Fleming said, make it an interesting man who makes things happen, and who better than a Scottish actor can give these highlandery feeling? After all, even in the “You only live Twice” novel, the author gave Bond Scottish antecedents from the village of Glencoe. Coincidence? I think not…so keep an eye on this handsome bearded Glasgow resident, there is a lot more to come!

Previous CHARITY – A musician seeks to make the world a better place, a dream that eluded the rock scene of 1960s California…
Next A monster packed, music driven horror film being developed in CA will make you tap to the beat and scare you out of your seat!