Hundreds of bees drop dead around ‘5G towers’ in California 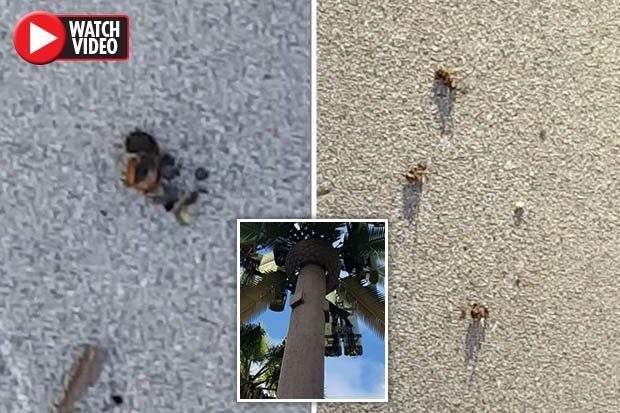 Hundreds of bees drop dead around ‘5G towers’ in California
BIZARRE footage showing hundreds of bees dead on the floor surrounding what appeared to be two 5G towers has gone viral.

The superfast broadband has sparked controversy since rolling out this year, with health experts claiming it could have serious side effects on humans.

And there are now claims online that bees could also be affected after a video went viral.

The clip – taken in Sierra Madre, California – shows the lifeless bodies of the bees lying on the ground.

Philip Sites claimed they were spotted between two 5G poles – about 40ft apart.