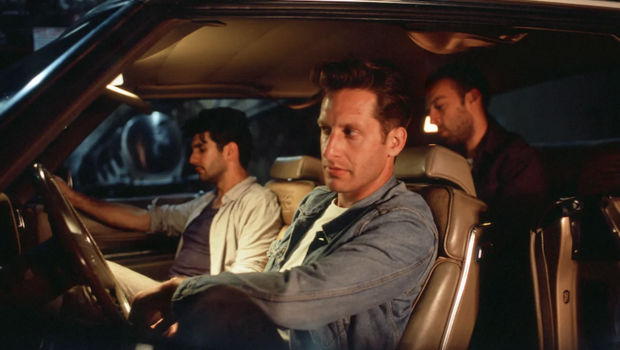 The Americans are closing out the year on a solid note with two California area shows next week!

The Americans are a US based folk- rock band formed in 2010. Over the course of their career they have appeared on The Late Show (CBS) and on the TV series American Epic (PBS/BBC) and their music was featured in the films Texas Killing Fields, A Country Called Home, Little Glory, and the TV series “No Tomorrow.” In 2015, they backed up Nick Cave, Lucinda Williams, and Courtney Love at the 60th anniversary celebration of Allen Ginsberg’s Howl.

Showcasing an undeniably fresh approach to a tried-and-true genre with unparalleled proficiency is the acclaimed Los Angeles-based Americana band The Americans who have been making waves the past few years. Upon hearing Stand True — the band’s latest 11-song, sophomore studio LP (via Loose Music) — it’s evident why revered producer T Bone Burnett raved, calling them, “genius twenty-first century musicians that are reinventing American heritage music for this century. And it sounds even better this century.” The band’s distinctive, powerful works have captured the attention of a number of stars. They’ve backed Nick Cave, Lucinda Williams, Ashley Monroe, and Devendra Banhart, and twice joined Ryan Bingham on national tours. They worked closely with Jack White and T Bone Burnett, joining Nas, Elton John, and Alabama Shakes in the PBS primetime series American Epic.

This Fall they toured with the legendary Stephen Kellogg before wrapping up their East Coast tour at the Bitter End in New York City. Their live show, honed over many hundreds of performances, is something to behold.

Head out and enjoy the shows!

Get your LA Tickets HERE

Get your Oakland Tickets HERE

Share
Previous 5 Tips For Doubling The Life Of Your Water Heater, According To An Expert