A monster packed, music driven horror film being developed in CA will make you tap to the beat and scare you out of your seat!

editor August 24, 2015 sponsors Comments Off on A monster packed, music driven horror film being developed in CA will make you tap to the beat and scare you out of your seat!  1,461 Views 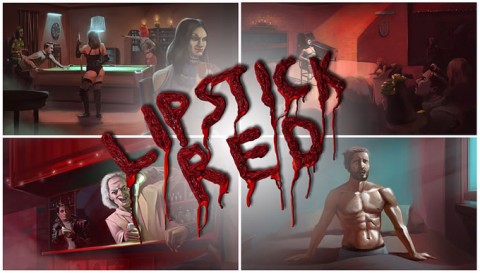 Los Angeles, CA, 2015 – Fans of classic horror movies like Frankenstein, Dracula and The Rocky Horror Picture Show have something else to look out for: Lipstick Red – a creative re-imagining of classic horror fused with catchy beats, named after the song ‘LIPSTICK RED’ by FLINT, a California based rock band – who are also collaborating with the film.

Boasting shockingly realistic FX that pay homage to the old school film making traditions as seen in American Werewolf in London and Thriller, this is clearly a labour of love that looks back at the what made horror great while at the same time presenting something that feels fresh and modern. Part of that freshness is the musical element; described by its creators as one half film, one half music video, the music is designed to push the narrative forward in imaginative new ways.

Still not convinced? Well how about a film that will also be in full 3D with ‘smell-o-scope’, making smells that would be in the scene also experienced by the audience? Playing it safe is hardly an allegation that could be levelled at this ambitious project. It’s currently looking for funding via Kickstarter to cover production costs, and if successful, shooting will begin in September of this year.

You can check the Kickstarter out at https://www.kickstarter.com/projects/richardallendirector/lipstick-red-brand-new-interactive-music-driven-sh