Pride, Patriotism And A Love For Creativity Made Whole In Fashion As LA COLLEZIONE DEL MARE DELLA PRINCIPESSA Showcases her debut Collections

editor September 15, 2017 sponsors Comments Off on Pride, Patriotism And A Love For Creativity Made Whole In Fashion As LA COLLEZIONE DEL MARE DELLA PRINCIPESSA Showcases her debut Collections 3,886 Views 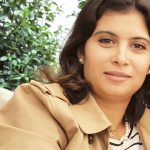 Her love for the attire and tradition made her an ambassador of a whole nation, she wore with pride the colors and design of the various capes from Morocco. Little did she know that this was the beginning of a brand that would later be known as the Hitecreation. Like most successful businesses, it all started out with a passion for something she loved.

For every time she stepped out of the shores of her land, she made sure that whatever she wore was of the best quality and represented her root. The finest seamstress and fashion designers must have come together to put something classy and unique for her to showcase to the rest of the world.

She refused to dress in the attires of her host nation, it made no sense whatsoever to her. Her Moroccan capes were her pride. To her, she was carrying out her most important civic responsibility to the best of her abilities. She wore them with so much elegance that it drew admiration from every one that came across her.

As a result of the great admiration she got from the people who came across her, she got the craving to share with the world her designs. It motivated her to take her pride and culture a step higher, beyond showcasing it to the world but also to share and allow others feel the beauty of the African attire. With this motivation a new business was born.

Her admirers became her first clients. She showcased her creations starting with a few samples, to her friends in their stores all over the world form the fashion capital in Paris, to the magnificent city of Monaco, then to Porto and Sardina. This spurred her on. This was the beginning for her, and from this point onwards it has been wonderful experiences every step of the way.

She still keeps it small and simple; the idea is not to lose the pleasure that comes with what she is doing. She believes expansion can become cumbersome and kill the fun the whole venture. Currently she is hands on everything she does, from the choice of material, to the color and the jewelries. For her the fascination lies in her being able to combine all these into something unique and very creative. It is all her dreams coming to life right before her eyes.

Her 2018 summer collection would be specially dedicated to the women of California. It would be titled “LA COLLEZIONE DEL MARE DELLA PRINCIPESSA”.

Share
Previous Ghost, Moroccan-Gabonese That Has All The Power
Next Sarah Habib A star in the making