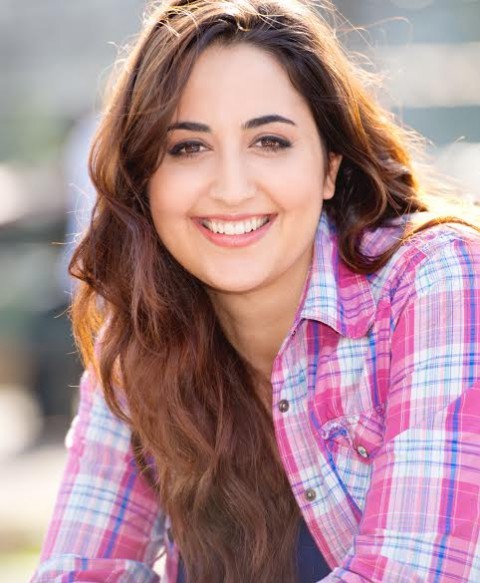 We recently caught up with the highly talented and sort after actreess Hila Melamed, about her exciting acting career. This is what she had to say:

How and when did you first get into performing?

When I was 8 or 9 years old my mom sent me to this arts camp hoping I would become a dancer, but when she spoke to the teachers they told her I was born to be an actress. Indeed this is where I first discovered acting. I joined an acting after school program and have been peforming ever since.

Who were some of your biggest inspirations?

Growing up I was fascinated by Meryl Streep and Jack Nicholson. Right now, I’m in a Daniel Day Lewis stage. However, my main inspiration was the way I felt when I watched “Xena Warrior Princess” – growing up in the middle east you have to be brave, Lucy Lawless as Xena helped me get over a lot of hard times and taught me to stand up for what I believe in. That’s when I realized how powerful acting was.

What kind of training have you had, if any?

As mentioned, I was taking acting classes since I was a child and I was a theater major in high school. I took an on camera workshop in Nisan Native  (one of the best acting schools in Israel). Then I moved to NYC and completed the prestigious Stella Adler Studio of Acting three years conservatory program. It was exciting to train in the same institution as Robert De Niro and Marlon Brando. Since then, I’ve also taken the on-camera intensive in the Art of Acting studio here in LA and Improvisation classes at IO west. I really believe that you need to keep learning and training even when you are a working actor.

What has been your favorite role to play so far?

My favorite role so far would either have to be Madge from Picnic (a Pulitzer Prize winning play) or Arlyn from North Shore Fish by Isreal Horovitz. They were both so different but so much fun to work on. Madge is this beautiful girl who just wants someone to see beyond her beauty. And then Arlyn is this old soul who works in a fish factory. Both of the plays were written by such great playwrights that every day I would find another layer or a different color in the play and my character. It was fun also to have the theater packed every night and receive such amazing reactions from the audience.

What has been your biggest achievement, so far of your career?

My biggest one so far was working with John Gould Rubin, a founder of The Private Theatre as well as having been Co-Artistic and Executive Director of the LAByrinth Theatre Company, in New York City for over 30 years . He has worked with talent such as Philip Seymour-Hoffman, John Patrick Shanley, Stephen Adley Gurguis, Uma Thurman, Roger Rees, Frances McDormand and Mike Nichols. I was lucky enough to work with him on two shows in a row. John has worked with so many great actors and playwrights  he is such an amazing director and I was just so proud of our production of Picnic by William Inge. The second one was being invited to an Emmy party, it was humbling to be surrounded by so many colleagues I admire.

What projects do you have coming up?

I have a full season with JustA Theater Company starting soon, our first production will begin in  early May. I also have a couple of films lined up and two web-series I will take part in. Also, a show in NYC later this year, then a few more projects later on.

Who would be your ideal co-star and why?

Hmm… There are so many people I would love to work with. But I think working with a good friend is always fun. I was fortunate enough to perform with Maya Eshet not too long ago on a “Taste of Theater” and it was just pure fun. Maya Eshet is a close friend and co-founder of JustA theatre and currently starring in Teen Wolf on the cool and trendy network MTV. I think the qualities I would like in my ideal co-star would be being down to earth, drama-free, hardworking and professional.

What are your plans for the future?

I’m in the midst of writing a series with a good friend, I hope to finish writing it in the next few months and then hopefully produce it.

What is your advice to aspiring performers?

My first piece of advice would be, don’t wait around, create your own opportunities and your own work. I think one of the most important things as an actor is to a have constant creative outlet. Creating your own work will help you be seen as well as make you less desperate in the audition room. My second piece of advice would be to keep working on your craft, keep stretching and collecting tools so that when you get an opportunity to shine, you’ll be ready.

For more about Hila Melamed, check out: