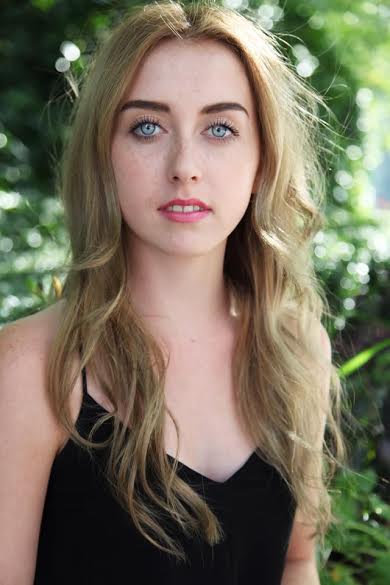 Since the age of five Hannah Whitehead has been acting, modeling and performing. Her appearances on stage include: Multirolling in “A Step in Time” in 2008, Lead Cinderella in “A Panto For All Seasons” in 2009, Lead Sue in “Lap of the Gods” in 2010 and in “Return of the Gods” in 2011, Multirolling in the “Young People’s Variety Show” in 2011, July (Orphan) in “Annie the Musical” in 2011, Lead Becky in “Chislehurst the Musical” in 2012, Northerner and Hippy in “The Good Old Days” in 2012, Muse/Siren/Zeus’s Mother in “End of the Gods: The Final Part” in 2013, Soul Singer in “Bugsy Malone” in 2013, Lead Narrator in “Joseph and His Technicolor Dreamcoat” in 2013, and as Big Bird, Bride, and Jeremy Lyle in “R U Connected” in 2014. As far as television and film goes she has been on “A Different Breed” as a singer in 2011, and “Instinct” as Ellie in 2014. Her modeling credits include being the Face of Bizzykids and modeling as an Overall Commercial Model, both in 2013. She has been trained by Lea Patrick, Charlie Winfield, Heather Finn, Cindy Osbrink, Craig Holzberg, and Peggy McKinley in the years 2013 and 2014. She is currently looking to branch out from the UK and try her hand at acting in the US, and is planning on travelling to New York to work with her model agent before moving to Los Angeles for an episodical period to get set up with a pilot.