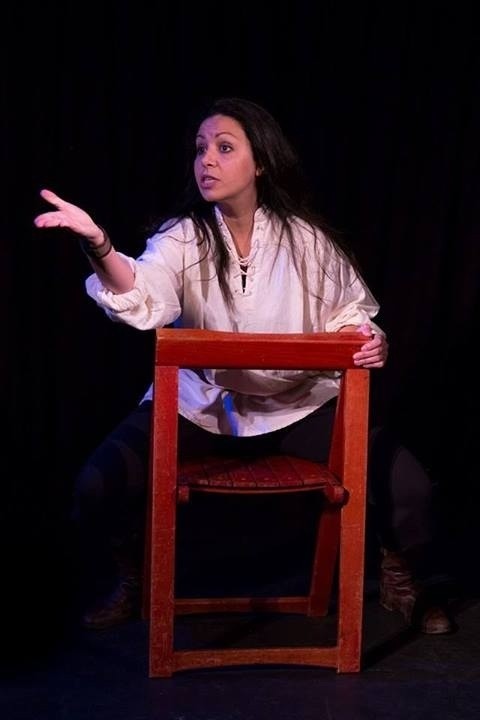 With work in both the UK and Malta, Erica Muscat (Eleġija, Meanderings, Refuge) is an actress with international credit and applause who continues to challenge audiences wherever she goes. Last summer she embodied none other than the great Bard Himself (Shakespeare), in an original piece by Phil Jacobs.  Mad About the Boy is a take on what was going through the playwright’s head as he penned his Sonnets. The role, originally written with a male actor in mind, was just one of the roles embodied by Erica where she puts the gender status to question. In 2013 she was also cast as Bottom, in a modern day interpretation of A Midsummer Night’s Dream skillfully directed by American Director William E.P. Davis. “It’s all relative”, she says about having women cast in male roles.

Born and bred in Malta, Erica moved to London at the age of 20 were she started her training at The Royal Central School of Speech and Drama but eventually graduated from The East 15 Acting School with a Master of Arts in Acting. She also attended shorter specialized courses at the Stella Adler School of Acting (NY), LAMDA (UK) and the Guildhall School of Music and Drama (UK). “I wasn’t particularly keen on limiting myself to one School of Thought, I waned to find out which training best suited my Mediterranean temperament and can state, without a shadow of a doubt, that East 15 embodied the training I needed to make me the actor I am today. They ‘got’ my ‘quirky’ and fed it whilst truly allowing me to experiment with everything I’d discovered before I got there.” In her latest role, playing Erika in Kenneth Scicluna’s film, Eleġija, Erica and Sharon Bezzina, “a magnificent stage actress”, play two lovers, in Kenneth Scicluna’s Eleġija, who are bound together through the distance between them. Asked to explain in a little more detail, Erica said, “It’s about two women who love each other to the point of pain… Their need for each other results in them hurting each other.” This role was different in the same way that it was challenging. “Ken (Scicluna) had decided to cast a same sex couple quite early on. His thought process was that in casting two women he would eradicate all the stereotypes that manifest themselves in a male-female relationship and could thus concentrate the piece on a deeper human level. This had all to do with the relationship and not with the gender battle.”

Eleġija is currently making the festival rounds and was last shown at the European Film Festival in Malta.   I think it’s safe to say that this young actress will continue to question the norm for many more years to come.