Romeo: The Fashion Maestro Who Unites The East And West

editor September 17, 2017 sponsors Comments Off on Romeo: The Fashion Maestro Who Unites The East And West 8,428 Views 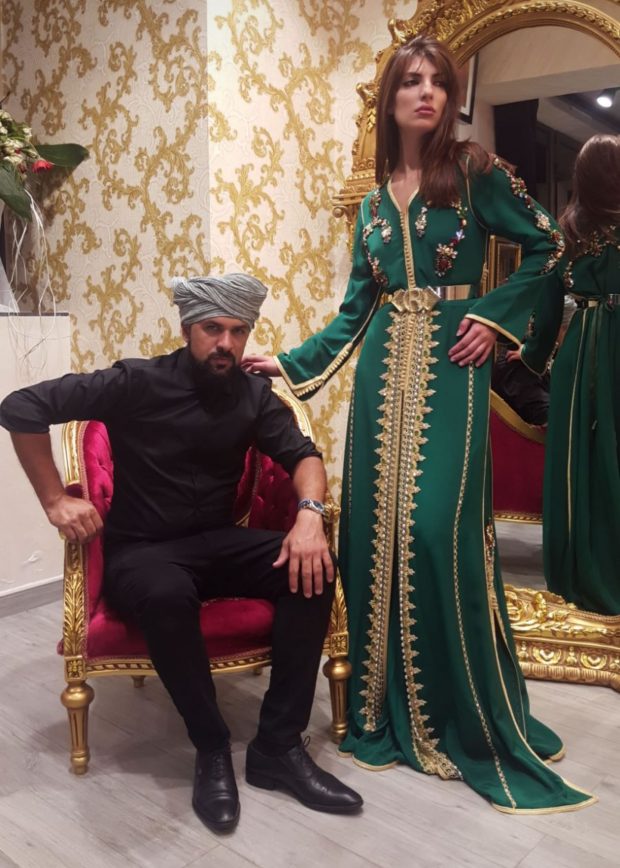 Born Mohamed Larbi Azzouz in 1978 in Tetouan fashion designer extraordinaire, Romeo who fell in love with fashion at the age of 7 after watching his sister work on the sewing machine is one of the leading lights in the fashion industry in the Middle East and beyond.

Romeo quite early that is love for fashion was not just a child thing as he taught himself how to sew and legitimize his status as a fashion stylist with a diploma from the School of Styling in Tangier.

Romeo wasted no time in expanding his brand by opening his own workshop at the young age of 22 and 6 years later he participated in the Mission Fashion Show that was hosted by one of his mentors Eli Saab which increased his standing in Haute Couture in Morocco.

Romeo has participated in various shows alongside the best stylist and even went further to host his own shows all across the world. He is also regarded as the stylist of the stars as he has also worked with a number of top stars in and outside the Arab world.

He has taken his brand further by opening a brand in Amsterdam (he opened this show in 2012) and Abu Dhabi. He also has a store in his home country Casablanca and his website romeocouture.ma is set to go live soon.

Romeo’s focuses on making women beautiful with his outfit once every woman because he believes you become one of the most beautiful women in the world” when you adorn his outfit. Today, his creations are prized by all women who love finesse, originality and Moroccan Haute Couture.

He is one of the few fashion designers who matches the East with the West effortlessly. His strong points: exceptional embroideries made of semi-precious stones, and his will to keep the authenticity of traditional Moroccan art. His goal is to develop the caftan without betraying him is one of the reasons why he is one of the leading lights in the world of fashion.

He is set to showcase his outfits at the London Fashion Week this week and he aims to dominate the world of fashion.