Relli Rok Omega Makes Headlines With New Music “You On Me”

editor January 11, 2016 sponsors Comments Off on Relli Rok Omega Makes Headlines With New Music “You On Me” 1,944 Views 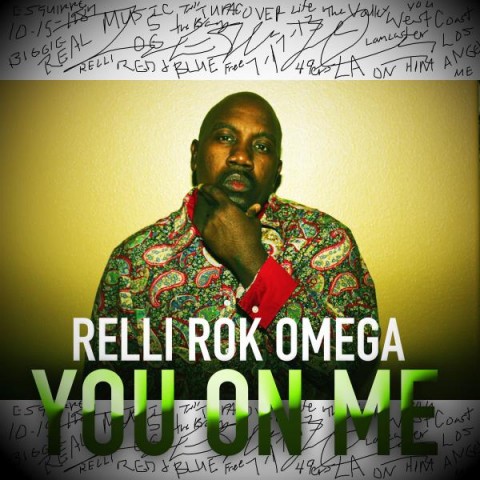 Relli Rok Omega has been making headlines lately with new single “You On Me”. Creating a grown and sexy sound for his generation Relli Rok Omega is bring a new look to hip hop heads. Once considered an underground mc, he now diversifies himself as he crosses over to mainstream. Currently signed to SOM Music/Sony an imprinted distributed by The Orchard and Son Music Entertainment, he has been on the rise to stardom and taking a different approach to music.

“Where as most only focus on putting out music, I want to focus on more commercialized music and radio ready records. Why? To reach a wider demographic and be limited to a genre”, says the MC. After his days apart of the pop corn kids and working with Quincy Jones, Relli stopped doing music for a period of time only to return in late 2015

“You On Me”, one of the latest projects of two from the artist. “Getting On”, the follow up single to You On Me has been placed on the soundtrack to documentary “Classic Kutz”. Produced by Rueben Wood, Getting On will be released on January 22nd.