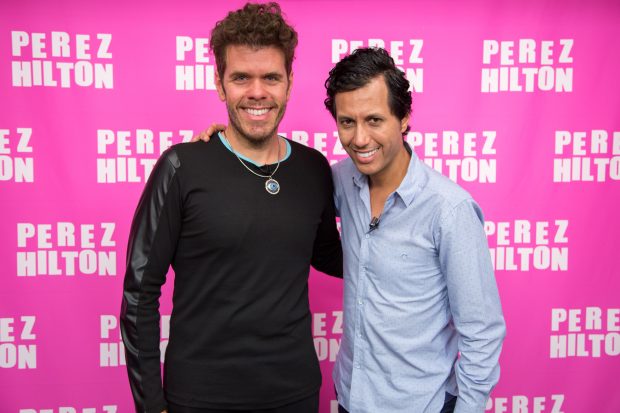 The Hollywood gossip blogger and Television Personality tells it all as Brian Patamakanthin directed the interview and Jennifer Mendoza functioned as the camera operator.

Dubai — Besides being the king of gossip in Hollywood, Perez Hilton owns the populous celebrity website, which has seen phenomenal success in the media industry today.

Born Mario Armando Lavandeira Jr ., Perez is already turning the media world on its head with his incredible posts, which covers gossip items about celebrities. Also, he is known for posting tabloid photographs over, which he has added his captions or “doodles. Hilton’s angle on celebrity gossip includes an unapologetic desire to mingle with and be a part of celebrity culture. He often describes celebrity awards shows, clubs, and private events he has attended, and posts photographs of himself with the celebrities he writes about under the “Personally Perez” category of his blog.

“I am so glad to have an interview that showcases Perez’s immense involvement in the blogging community and his incredible activities. His blog has garnered attention for its attitude, and its role in the increasing coverage of celebrities in all forms of media,” Simobb stated.

Having worked for several media houses such as 2M; the second Moroccan TV channel, Nessma TV, and B-Beirut (LBC SAT) where he covered exciting international events, Simobb’s passion and enthusiasm for influencing the media world in a fascinating way remains a priority for him. Before now, Perez Hilton was introduced to Simobb by the elite performing artist, Grammy Award-winning hit maker, and multi-platinum selling producer, RedOne after he joined the ensemble cast of his music video, “Don’t you need somebody.” Simobb expressed his gratitude to his long time friend, RedOne for his continued support.

“I only started blogging as a hobby. What set my site apart is that prior to PerezHilton.com, most blogs were mainly online journals and diaries, but that never interested me. I wanted to talk about celebrities because they’re far more entertaining,” Perez explained during the interview on Al Arаbiуа news.

“My advice to anybody, in any profession and even if you don’t work is to put in into work as that is the most important thing for success. You must be consumed and absorbed with your work that you remain ever committed, Perez concluded.
For more information about the interview, visit : https://goo.gl/xVUXYP