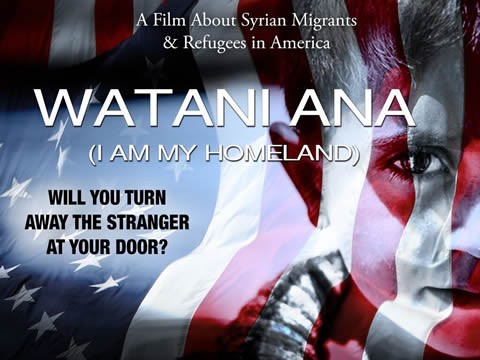 A new documentary is in the works that promises to make Americans re-evaluate the way they look at the Syrian refugees and migrants that end up on their doorstep. The film, which is being created by Long Beach resident Deric Mendes, hopes to display the way they integrate themselves into society, and their transition to becoming as American as the next man. This is truly an American tale, one of democracy, immigration, and the pursuit of freedom.

Watani Ana seeks to explore the lives of extraordinary Syrians who have left their home country for America, and managed to achieve great things. It includes success stories like Shawnee State University professor of anthropology and history Amr Al-Azm and senior politician Mohammed Alaa Ghanem, but also features regular people struggling to find employment and acceptance in the U.S. It seeks to challenge preconceptions and educate the public about the reality behind the stereotypes.

In this current climate of Islamophobia and anti-immigrant sentiment, this documentary could play a role in demonstrating that Syrian refugees and migrants are just like anybody else. The fact that they have travelled from another country doesn’t mean that they don’t have a place in the U.S.; it just means they have to work that little bit harder to fit in. Watani Ana (I Am My Homeland) is currently being funded via the crowdfunding platform Kickstarter, and tells a story that clearly needs to be brought to the masses in order for them to fully understand the plight of the people that the news so often denigrates. It is a poignant reminder that home is where the heart is. Check it out for yourself at https://www.kickstarter.com/projects/181005813/watani-ana-i-am-my-homeland-0

Share
Previous The Dancing Doge: The L.A.-Based Pooch on a Mission to Become a Household Brand
Next Police Officer Shoots man in Paradise