Ernesto Weisburg Reflects on His Career as a Private Investigator

editor May 1, 2021 sponsors Comments Off on Ernesto Weisburg Reflects on His Career as a Private Investigator 798 Views 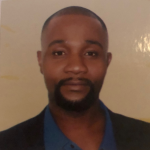 Ernesto Weisburg was just 21 years old when he came across a print ad in the New York Post, encouraging him to sign up to join a school and learn how to become a private investigator (PI).

“I saw a guy with a suit and a gun in the ad and thought, wow, this is interesting,” says Weisburg.

It was then that Weisburg decided to give the ad a shot and called the school to ask for more information.

Flash forward into the near future and Weisburg graduated from the private investigator’s school and went on to work for a large PI agency. While it was a fulfilling start to his career, it was much different than what Weisburg had initially anticipated.

“When I saw the ad in the newspaper, I thought that I was going to wear a suit and a gun, but that was not the case,” says Weisburg.

Ernesto Weisburg spent the next few years working undercover for this agency and he recalls having a lot of fun while doing so. He thoroughly enjoyed his career and his favorite assignments were criminal investigations and divorce-related investigations.

According to Weisburg, private investigators need to be patient. Without patience, it’s impossible to succeed as a private investigator because you often have to spend hours on a stakeout. You can easily spend the entire day staring in one place, simply waiting for somebody to leave a building.

While a career as a private investigator isn’t easy, it’s certainly worth looking into if you are interested in meeting new people and solving problems.

Private investigators need well-developed communication skills and specialized knowledge. It’s important for PIs to be good at observation and have an eye for detail. Sound legal knowledge is also an asset as well as photography and tech skills. PIs are also often required to be confidential, organized and responsive.

Weisburg prioritizes thoroughness and patience, and he also cares about autonomy.

“I decided that I could start my own business. I decided to be my own boss,” says Weisburg.

Weisburg soon set up his own website to begin attracting clients online, but to no avail initially. After a few repeated attempts and a lot of hard work, he was able to begin acquiring new clients and serving them as a private investigator.

“Being a private investigator is sometimes fun, and it’s sometimes boring. Sometimes you can sit in one place for 6-7-8 hours and nobody will come out,” says Weisburg.

“But you have to pay attention because in a split second – If you turn your head for even a moment – that person may get out and you may miss everything.”

To learn more about Ernesto Weisburg and about life as a private investigator, you can read his blog here.