‘This is not a Second Amendment issue,’ says California Democrat.

Rep. Mike Honda, a Democrat, tells U.S. News law enforcement officers need an edge over criminals and rampaging madmen, whom he says can “wreck havoc with impunity” wearing the gear.

Previous GigDivision – Your Gateway To Live Entertainment!
Next How Buying Instagram Followers and Likes will make you gain fame on Instagram. 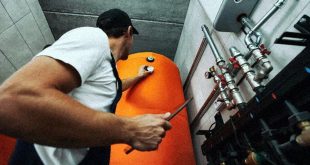