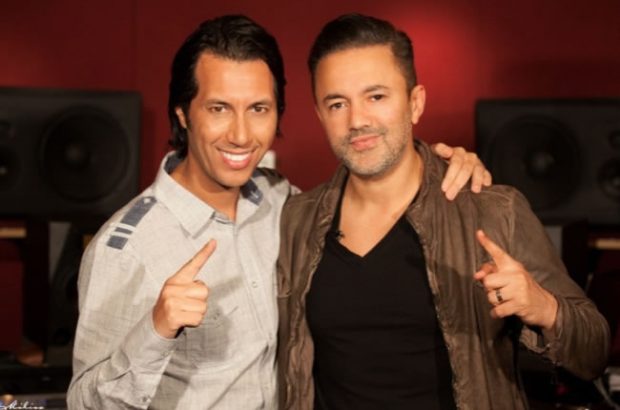 Music videos are a highly enjoyable form of entertainment and are always fun to watch. With a burning desire to make people feel excited, RedOne, an elite performing artist, Grammy Award-winning hitmaker, and multi-platinum selling producer renowned for his exquisite solo style will be inspiring music lovers with the release of his debut solo single, “Don’t You Need Somebody.”  To make the music-video more thrilling, Alarabiya News English TV reporter and artist interviewer, Simo Benbachir, augustly known as Simobb has joined the ensemble cast.

The all-new song which features Enrique Iglesias, R. City, Serayah, and Shaggy was released via the Warner Bros. Records, and it is already hitting all media platforms and digital retailers everywhere. RedOne, who is notable for his work with Lady Gaga in her glory days, enlists the help of Jennifer Lopez, Milla Jovovich, Akon, Cristiano Ronaldo, Shaggy, Priyanka Chopra, Randy Jackson, Ryan Seacrest, Rafa and others in the production of his bouncy, island-tinged and pop track single.

With over eighteen  years of vast experience in the industry, Simobb has revolutionized the Arab gossip media both in Morocco and the Arab world and is the only reporter from Africa and the Middle East to interview RedOne exclusively in Los Angeles. Besides being the first and only Moroccan TV reporter to cover EGOTs, he was a reporter for 2M, the second Moroccan TV channel. With a passionate desire to affect the media industry in a fascinating way, Simo Benbachir joined Nessma TV. Then, Simobb got involved with Al Arabiya News English & B-Beirut (LBC SAT) where he covers glamorous international events.

“RedOne is not just a good friend of mine, but he is family, stated Simobb. The most humble artist I’ve ever interviewed  who will always get your back in the virual world of showbiz  full of shirks and also, all credits goes to John Milios, the expert photographer who helped in capturing the wonderful moment we shared.”

Recently, a French magazine ranks Simobb as the trendiest Moroccan TV personality and today, he is renowned for doing exclusive interviews with famous celebrities and bringing a much-needed Arab fresh perspective to his audience all over the Arab world. Accredited for creating an intimate and confessional atmosphere in his interviews, Simobb is sought after for his easiness with stars.

To collate footage from televised series, RedOne has chosen some of his celebrity friends to be featured in an unofficial music video for the song. They include Akon, R. City, French Montana, Jennifer Lopez, Ryan Seacrest, Randy Jackson, Serayah, Shaggy, Cristiano Ronaldo, Enrique Iglesias, Howie Mandel, and Jimmy Lovine.

RedOne’s great sense of production, conceptualization, and incredible skills at writing amazing lyrics has put him in an optimal position for continued success, racking more than 80 hit songs and 40 #1 singles. He has worked with artists ranging from U2 to One Direction, on charity projects like “We are the World 25 for Haiti” and “Bokra,” and has crafted game-changing hits for Lady Gaga, Enrique Iglesias, Marc.

“We have the motivation to mix around the world,” said RedOne. ‘Don’t You Need Somebody’ is just beyond the usual music video ever heard, as its ambiance will take any listener to the next level.”

For more information about Simobb and his exclusive interview with Grammy-winning RedOne on his first solo visit http://goo.gl/EADY8w. Also, “Don’t You Need Somebody” is available on RedOne’s official Youtube page (https://goo.gl/GGwEgE).

Chicago Furnace, Heating, and Boiler Repair Around the Town Heating and Cooling Inc. is your top Furnace and Boiler repair company. Call or contact them online for a free estimate today
AroundTheTownHVAC.com
info@newslosangeles.net
© Copyright 2021, All Rights Reserved