editor November 4, 2016 sponsors Comments Off on Supermodel Rania Benchegra Sets a New Pace in the World of Modeling 11,316 Views 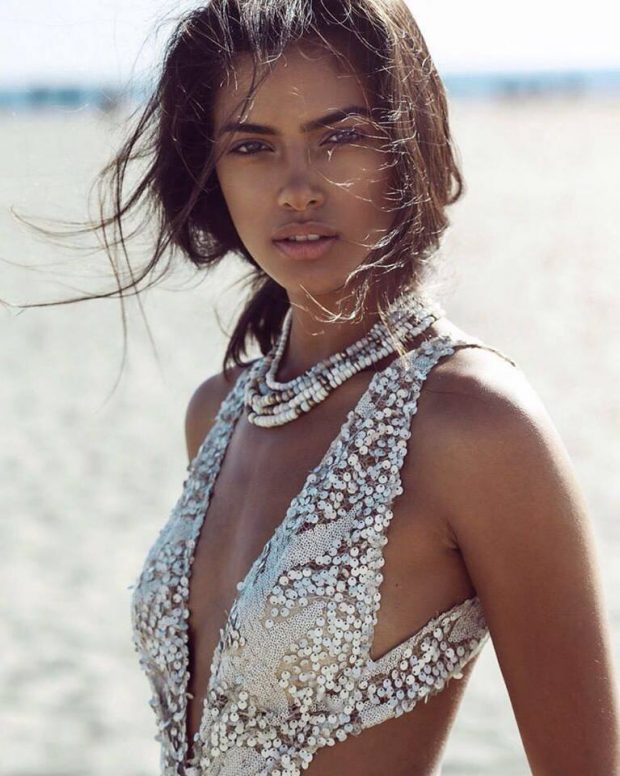 Besides being renowned for turning the modeling world on its head, Rania Benchegra is always hunted among the fresh talents from the Arab world and is already setting a new pace in the industry. The Moroccan-born model whose phenomenal success is the talk of traditional media and many magazines in Morocco, especially Femmes du Maroc, won the 2011 Elite Model Look —  a yearly fashion modeling event held by Elite Model Management, an international model management group.

“Rania has a promising future, and I felt it when I interviewed her five years ago after she won the Elite Model Look in Marrakesh, Morocco, stated the most famous Moroccan entertainment journalist in America Simo Benbachir, augustly known as Simobb.  Nobody knew she would rock here in Los Angeles and pose for large campaigns in the US that time. As a Moroccan, I am indeed proud of her as she is representing the Moroccan exotic beauty here in the States and worldwide.”

Born in Marrakesh, Morocco on March 23, 1995, the olive-skinned and raven-eyed Rania Benchegra made history after she became the first ever and still the only Moroccan Supermodel to be signed by a big model agency, NEXT after her arrival in Los Angeles. With two major US magazine cover bookings for Elle and InStyle; lead in H&M Forever Summer campaign (alongside Anna Ewers); a cameo in Victoria’s Secret PINK campaign; and 63K Instagram followers and counting, the future is bright for this rising Arab star.

“After winning the Elite contest, it was important for me to get my degree and shortly after high school I started a cinema program, Rania explained. That same year, I also started receiving a lot of proposals through my agency. With all the frequent travels, it became hard for me to merge modeling and my studies, so I decided to seize the opportunities and totally embrace my modeling career by moving to the US.”

Rania has created for herself a unique personality in the modeling industry, as she is usually referred to as an ambitious, elegant, beautiful, rebellious, strong, gentle, dreamy and realistic feminine mystery.