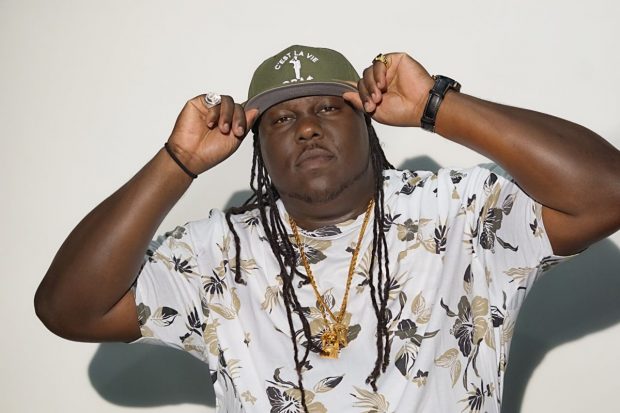 He was only six years old when Haitian-American artist and emcee Mycall Obas went to Haiti to live with his grandmother.

The visit occurred at the same time of the U.S. embargo against the country.

What Obas thought would be a three month visit became a three year stay and a struggle he would never forget.

“It was 100 degrees, tropical weather and sometimes no food,” says Obas.

“Grandma would take grains of salt, put it under my tongue and send me to school.”

Obas says there were gunshots every night, a reality in Haiti.

“There was so much political turmoil, the average man becomes a thug by nature,” says Obas.

Obas says this part of his life helped him form an innate toughness, but that he never lost touch with his empathetic and caring side either.

He says that positive lessons can come out of the worst situations and that it’s important to acknowledge them to become a better person.

When he returned to the U.S., his family struggled to make ends meet.

On top of that, he was the third youngest of ten children.

That led him to the streets: an experience that would change the Danbury, Connecticut emcee forever.

Despite a hard start in life, Obas was determined to turn things around and started making music from the age of 15.

After entering the professional music scene in 2005, the now new O.B.A.$. made a name for himself in the Connecticut battle rap circuit.

“I racked up several wins in a row.”

But Obas had to do a lot more than battle rap to reach the success he has today with millions of streams from listeners around the world.

He had to work tirelessly every day.

“Sometimes you work and don’t see anything happening, but you have to remember it’s happening behind the scenes.”

Obas has always had a tireless work ethic and a commitment to make his situation better.

No doubt, the battle-tested lyrical ability helped a lot too.

He says he refuses to be a victim of circumstance and that he visualises the things he wants to achieve.

“You have to be careful what you will into existence. Every morning I wake up and will myself to victory,” says Obas.

He says “Obas” is an acronym that stands for: only believers achieve success.”

“You need to believe if you want to achieve,” says Obas.

Currently, Obas is working on releasing a new commercial project and fans think it’s going to be the next big thing.

Mycall Obas has a store and links to his streaming platforms on his site: http://www.iamobas.com

Obas is currently focused on creating more music and acquiring new fans, but also on spreading a message of hard work.

He wants to show people from all walks of life that they can overcome obstacles and achieve their dreams.