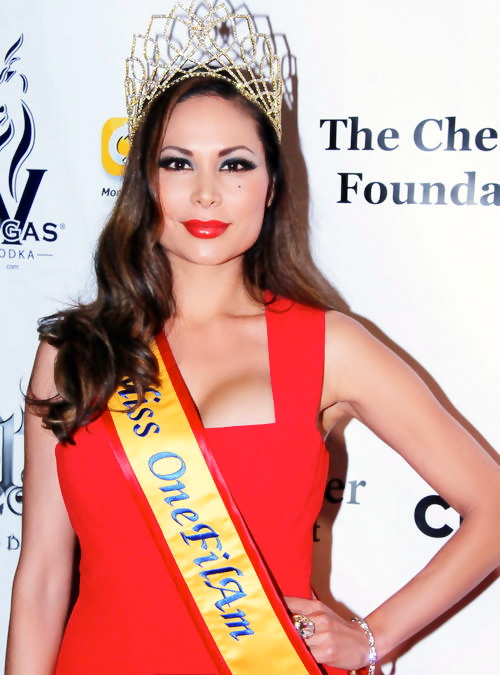 Beverly Hills, CA – Miss OneFilAm Radhaa Nilia, along with other celebrities where in attendance to support the ‘Children Uniting Nations’ benefit and fundraiser event, held at Warner Bros. Estate in Beverly Hills, CA.

“I feel incredibly grateful to be part of this special occasion in honor of helping children” says Miss Nilia, who wore a ravishing red dress and jewelry by Samira Gem Creations.

Along with being a crowned Miss OneFilAm, Radhaa Nilia is also an Award winning Filmmaker. She won Best Director on her first film ‘Hope Cafe’ and ‘Best Actress’ for her role in ‘Freight Train’.

Acclaimed Comedian Tommy Davidson, was the Host for the evening festivities. Tommy Davidson career was launched with ‘In Living Color’ and has become a legend for his for his signature Stand Up Comedy which everyone got a chance to enjoy.

Celebrities such as Actress Radha Mitchell, gathered to help raise funds and awareness for Children Uniting Nations. Guests were seated at tables underneath a large see-through tented area. There was an extravagant three course dinner for the guests, followed by a Silent Auction event held inside the tent in front of the stage, where several celebrities helped to raise money for Foster Care Charity (Children Uniting Nations). The Auction featured a decorative collection of extremely rare sports memorabilia, ranging from an Authentic Peyton Manning Broncos Jersey signed by the entire Seattle Seahawks Super Bowl Championship team, to photos of the famous Muhammed Ali and Joe Frazier fight, signed by both fighters. There was even an autographed Joe Namath Jersey, and a signed Dan Marino Miami Dolphin’s helmet.

A partial list of celebrities in attendance at the party that evening, included Italian model Fabio, former Heavyweight Boxing Champion of the World, turned comedian, Mike Tyson, and Legendary Screen Actor and Musician Jeff Goldblum—who’s band performed later in the evening. Children Uniting Nations is a registered non-profit organization that relies on donations from individuals, corporations, and foundations to fund its’ programs. 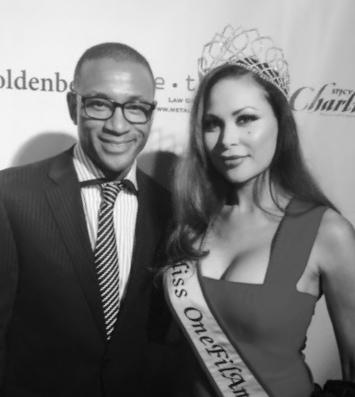