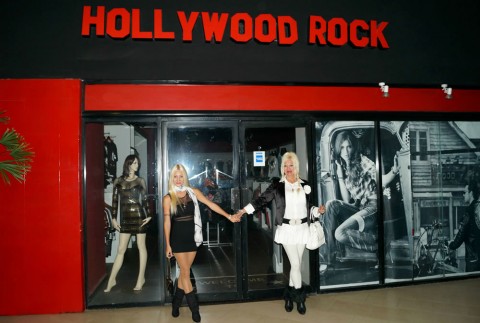 Los Angeles holds their official fashion week this month and the buzz is already starting about who will be there, who will be involved, and just where the stars are going to go. One family who is sure to be a part of it all is the Wilson family who are there to make Hollywood Rock, rock even more than it already does. The mother/daughter lead company of World Wide Wilson is set to take the L.A. fashion world by storm, and promoter their fashion for all generations. We are sure about that this mother/daughter team will satisfy all generations…

The Wilson’s are from Croatia, however they now live and work in Norway. They just landed in Los Angeles, to a very warm welcome, this past week in order to present to the world and fashion fans everywhere, some of them inventive and creative thoughts, ideas, and plans for their store. “We are very excited to be a part of this project, and we want to make a difference” WWW explains. They go on to say that “We have already talked about an agreement and cooperation with Hollywood Rocks, but it is too early to divulge plans yet. At this moment we can tell that we will contribute in making Hollywood Rock look extraordinary at Los Angeles Fashion Week.”

WWW are in L.A. to increase their status by creating strategy plan for 2016. They are taking pictures of the store and their clothes; they have also been seen being photographed in Hollywood Rocks clothes. This is great promotion, as they are being photographed, they are modeling, and their plans continue for their own store. Traditionally, the purpose of fashion week is to show a clothing designer’s latest collections. Though their showcase often leads to press attention and eventually more buyers, this mom and daughter are about to do something unique this year. 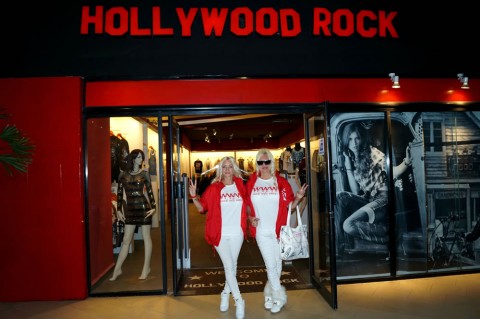 There is absolutely no doubt that this mother/daughter team are living proof that it’s possible to be smart and beautiful at once. By being unique and creative, in a world where many have lost this sense of ingenuity, and by designing they own clothes, the world has learned just who they really are. And there are many people waiting patiently for their reveal of some of their secrets to Hollywood Rock.

Stay tuned as Los Angeles fashion week takes place from October 14-20, 2015. The whole fashion world in the United States and Europe are set to see just where this amazingly creative team is set to go. They have so much to offer, it will be interesting to see just what their mysterious plans really are.