Atlantis: The Small Island Has Been Found!

editor April 20, 2016 sponsors Comments Off on Atlantis: The Small Island Has Been Found! 1,391 Views

Dennis Brooks has spent over twenty years researching Atlantis and Noah’s Great Flood. Now, he answers many questions about the two legends. The clues about Atlantis and its location came from three main sources: Plato’s Dialogues, Dr Phelon’s Book,  and Edgar Cayce’s Readings. Even though the three men use different terms in their descriptions, they all described the same terrain features. This interpretation is no mistake; all three of them described the Florida Plain as the Plain of Atlantis.

Plato said that Atlantis was destroyed by earth quakes and floods. Cayce said that many years ago, water came in from the ocean and submerged this plain. Plato said that the small island of Atlantis had three large canals around it. This island in Tampa has three large canals around it. Cayce said that the survivors of the flood left the plain and went to the Yucatan Plateau in Mexico. Dr Phelon said that Tampa was the Great City of Atlantis and that Mexico City was the Grand City of Atlantis. Edgar Cayce said that of the two islands in the area, the small island of Atlantis would be the first to rise again. In 1968 a large development company started working to rebuild the two islands in the area, which were nothing more than mudflats at the time. The small island, which Cayce called Poseida, was the first one they built up and developed. It rose again and is now called Harbour Island. It has a large gated community on it. Cayce said that the remains of a temple on the small island holds the records of the lost civilization. The story goes that Poseidon built his castle on that island and put three moats around it. He was the father of Atlas who inherited the city and surrounding land, which was named after Atlas. The continent, country, city, and small island were all called Atlantis.

“Atlantis Pyramids Floods: Why Europeans are White,” is a new paperback and updated ebook. It includes all the latest discoveries and archeological findings. The ebooks are interactive; they have links to all the terrain features the storytellers wrote about. The books tell the story of Atlantis from the beginning and reveals many other details about the lost civilization. You can zoom in to see the old subdivisions and canals on the Florida Plain, visit the king’s palace on the Yucatan Plateau, or learn about how the great pyramids on the Giza Plateau are related to Atlantis. The story of how we found Atlantis is on our website: atlantispyramidsfloods.com.

Members of the media may request an interview with the author through his website. For those of you who want to review the book in the Kindle format, I will email you a gift code so that you can claim the mobi, kindle book, from amazon.com. Those of you who would like a pdf ebook to review, can download a free pdf copy from the author’s webpage at lulu.com: lulu.com/spotlight/dennisbrooks. The Kindle ebook and pdf will be on sale for $.99 for one month for your readers. Eventually the two ebooks will return to their regular price of $7.99. The hardcopy is on sale for 50% off at Lulu for people who would rather read a paperback book. 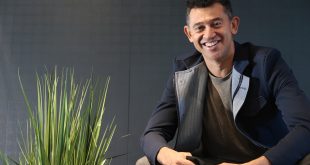 Whereas venture capital principally caters to start-ups, private equity offers not only up-and-coming start-ups but …